The Effect of Lighting on Solid Surface. 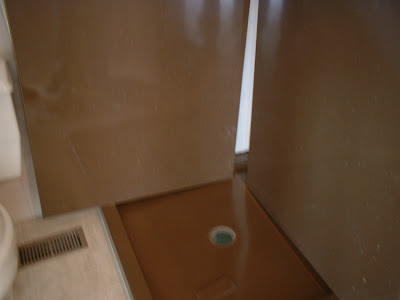 One thing about solid surface counter tops and showers that some people do not take into consideration is the way that lighting in a room affects the appearance of the surface.

My most recent case of this is a Corian® shower. The color is Cocoa Brown. There are only 2 walls and there is a shower pan. Just to the left of the shower there is a small window and it is the only outside light coming into the bathroom.

On this particular shower, the wall panels had to be polished to a high gloss. The shower pan also needed to be polished. Because of this, I decided to bring the first wall panel into the shower before making all the cuts for fitting so the homeowner could inspect and approve the polishing job on the pieces.

Before I even had the panel resting comfortably on the shower pan the homeowner said, "Those pieces don't match." Immediately I looked down and sure enough, it looked like 2 very different colors. Now, I knew that they were not two different colors but even though I knew it, for one quick second I even had to second guess the colors between the panel and the shower pan.

So, what caused the drastic difference in color? The light from that one small window. As soon as the "problem" was noticed, I took a picture. While we were waiting for the designer to show up and inspect things, we went to lunch for about 45 minutes.

When the designer got there, the lighting had changed so drastically in that bathroom that she walked in, looked at it and said, "It looks the same to me." Sure enough, the wall panels looked the same as the shower pan. I went ahead with the rest of the installation and when I was done, the lighting had changed again and once again it looked like two different colors. I turned the bathroom lights on and off and each time the color went from different, back to the same.

Basically, the point of this story is this.
Light can really do funny things to your solid surface material. Window light in particular can play some serious tricks on the appearance of the color and also in the correct light angles, you can see more scratches and smudges and just plain busyness (new word) on your surface.

The pictures below will tell the tale. Now, they kind of look like those old Bigfoot films where you can't really see everything clearly. That is because apparently I forgot how to use my camera properly or something. Anyway, even though they are mostly blurry, look at the colors of the panels in each shot.


See the difference between the shower pan and wall panel. 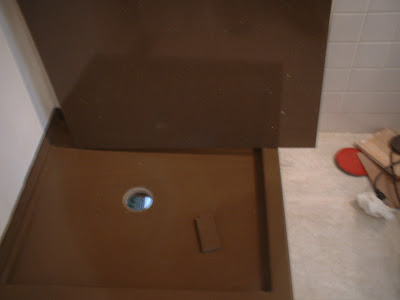 Notice the difference between all three pieces.

Finally, this all looks the same. 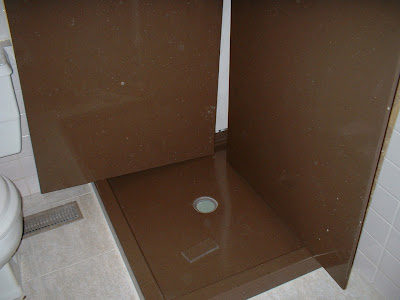 Here is the shower after it is completed. The plumbing and the glass doors still need to be added but my part is finished. Sorry for the awful quality of the pictures, but I think you can see what I am trying to show you anyway.

This is with bathroom lights off. 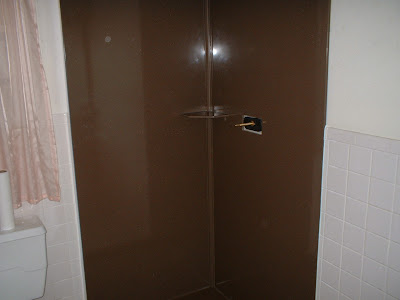 This is with bathroom lights on. 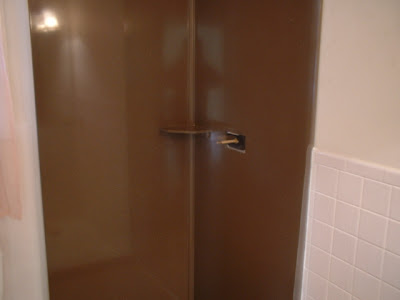 IF YOU NEED SOLID SURFACE OR STONE COUNTERTOP REPAIR AND YOU LIVE IN NORTH CAROLINA CLICK HERE!

IF YOU NEED SOLID SURFACE OR STONE COUNTERTOP REPAIR AND YOU DON'T LIVE IN NORTH CAROLINA CLICK HERE!

Learn to lay tile in 6 days with these simple to follow videos!

If you are in North Carolina and need solid surface countertop repair visit http://www.countertoprepairshop.com for our contact information and love your countertops again!!


Look around real good while you are here. There is a lot of interesting info here for you. And don't forget to search the Blog Archive for great past articles.